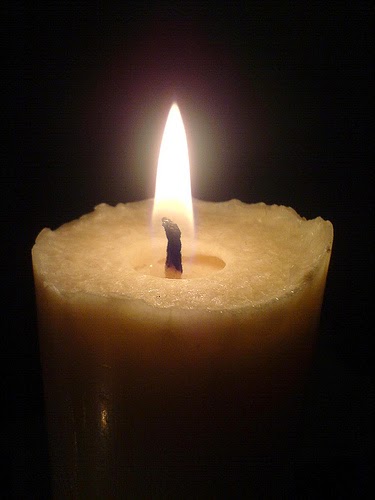 A seventh century Easter hymn is recorded in the Irish Antiphonary of Bangor, and also in a manuscript from the Irish monastery at Bobbio in Italy (Turin G. v. 38). Easter was an exciting time for the early Irish church. The celebration of the Resurrection of Christ coincided with the end of the Lentan fast. It also occurred after the Spring equinox which meant that the daylight was longer than nightfall. That Light had conquered darkness was a hugely important symbol for early Irish Easter celebration. Easter was Lucis Solemnitas - the festival of light (Columbanus, Ep. 1.3).

The Irish Easter Hymn focused on this imagery of light and fire as symbols of God's deliverance of his people from slavery in Egypt. The Resurrection of Christ was linked to the freedom of God's people from slavery to the devil. Easter was also the time when new converts were baptized. As catechumens they had studied basic doctrine and memorized Scripture. Now at Easter they would undergo baptism, which was viewed as spiritually joining Christ in his resurrection. As the beeswax candles burned our hymn describes the catechumens on the night before Easter morning as young bees awaiting to fly from their incubation in the honey comb of Catechesis. Easter was the great religious holiday in the early Irish church. The Resurrection of Christ and the new life of baptized converts resurrected with Christ in the waters of baptism met together in joyous praise.

Fire [and] creator of fire,
Light [and] giver of light
Life and author of life,
Salvation and giver of salvation
In case the lamps should abandon
The joys of this night
You who do not desire our death
Give light to our breast

You call out to your servant from the flame,
You do not spurn the bush of thorns,
And though you are consuming fire,
You do not burn what you illuminate,
Now it is time that the cloudy bee-bread
Should be consumed, all impurity boiled away,
And the waxen flesh should shine,
With the glow of the Holy Spirit.

You store up the nourishment of divine honey
in the secret recess of the honey-comb:
purifying the innermost cells of the heart,
you fill them with your word,
so that the swarm of new offspring,
begotten by the word of Spirit,
may leave behind the things of the earth
and soar towards heaven on carefree wings.

Posted by Shane Angland at 4:35 PM